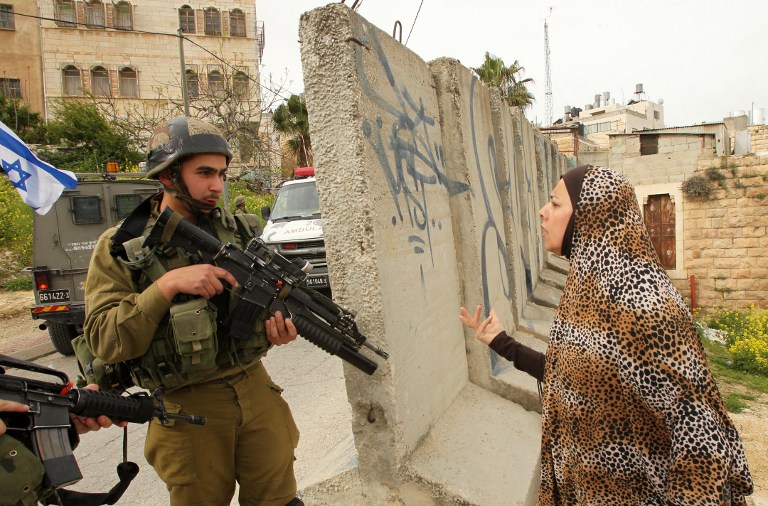 EDITORS NOTE: Graphic content / A Palestinian woman speaks with an Israeli soldier at the scene of an attack in which two Palestinians wounded an Israeli soldier in a knife attack before being shot dead by troops, an army spokeswoman said, at the entrance to the heavily guarded Jewish settler enclave of Tal Rumeda in the city centre of the West Bank town of Hebron on March 24, 2016. / AFP / HAZEM BADER